​
​The 2016 Northwest Catholic School musical was The King and I!

Congratulations to the cast, crew, orchestra, and all other volunteers who helped to make the show a success. The talent of our kids is amazing!
Thank you to all who came to see the show! 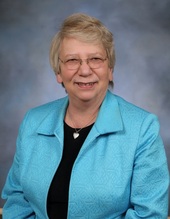 Mary Lorusso was principal of St. Bernadette School and then Northwest Catholic School-West Campus for 39 years, until her sudden death in November 2009
First as a teacher at St. Bernadette School, and then as principal, Mary Lorusso (March 25, 1945 - November 2, 2009) believed in children and giving them the opportunity to shine. She created a safe and nurturing environment where children were allowed to "make believe," to create, to stretch, to work as a team, and hopefully to discover a passion for music or some other artistic talent along the way. She believed the grand reward was bringing together a body of children and adults from all walks of life, working as a community to bring joy to others.

Northwest Catholic School (formerly St. Bernadette School) is proud to carry on the tradition that she started in 1975 with our first musical production, Velveteen Rabbit.